Chances are you've seen a postcard or photo of Ha Long Bay - much like the one above - and admired its striking landscape, even if you aren't familiar with its name or geographic location.

What is Ha Long Bay?

Ha Long Bay, located in the Gulf of Tonkin in Northern Vietnam, consists of hundreds of karst islets (small islands) that emerge precipitously from the waters to form a landscape that looks more like that of a mystic movie set or fantasy landscape art than any you've previously encountered. Simply put, the landscape is unreally beautiful; it's a UNESCO World Heritage Site, and rightly so.

What to expect on a cruise of the bay

I recently visited Ha Long Bay with high hopes of capturing its striking beauty through the lens but was distinctly let down by the congestion and pollution that tourism and trade have brought to the area. Ha Long Bay is not the pristine, serene place it once was. Overcrowded is the most succinct term.

Today, Ha Long Bay has become a heavily trafficked tourist hotspot. Dozens of operators run a variety of cruises lasting from 1-3 days, and they're churning out the boats as fast as they can. The result is a bays filled with boats and the fumes that come along with them - and a good deal of trash as well. Tourists are rushed to the hot spots of the bay, shepherded through crowded caves and kayaking routes, and held to a relatively stringent schedule throughout the cruise experience. 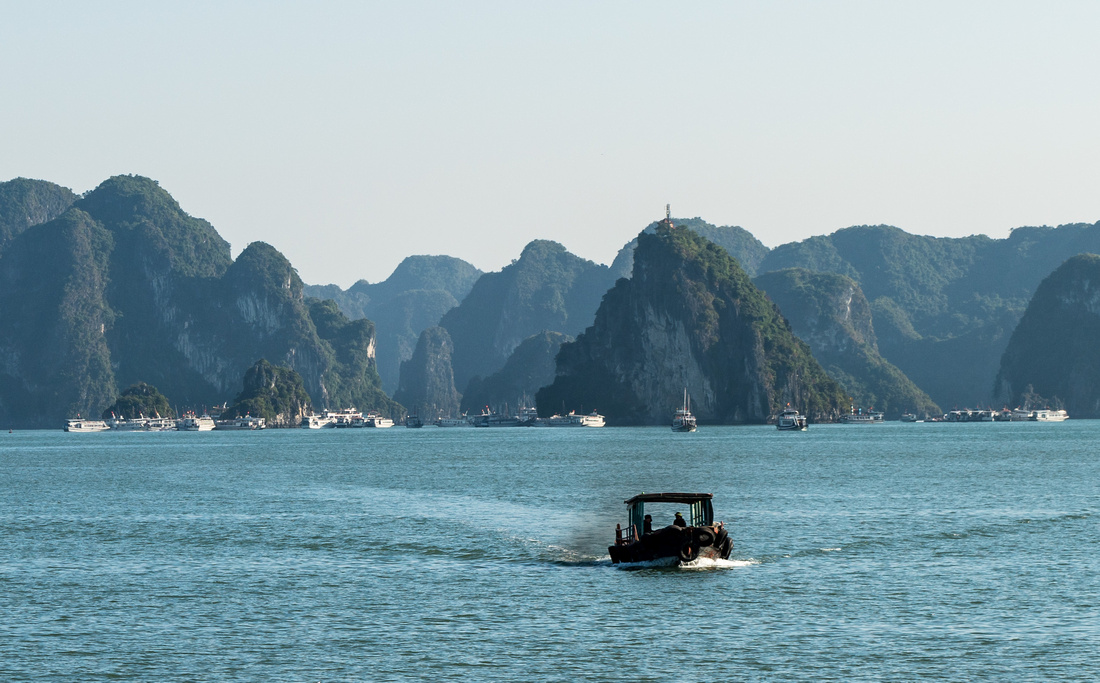 Typical postcard photos show a junk boat (a Chinese sailboat design, not a trashy vessel) or two sailing through a bay of few boats and many islands. While junk-style boats are still the standard tour vessels, out of the hundreds I spotted during my overnight tour of the bay not a single one had its sails up; each was motoring with its diesel engines. Not only were there tour boats in every direction throughout the bay, but we encountered several commercial cargo ships as well. As a photographer, the overcrowding - and particularly the haze that the fumes left in the atmosphere - detracted distinctly from Ha Long's appeal.

Along with the heavy tourism and traffic comes litter. Unfortunately, there are many who do not respect the lands through which they travel. And this was overtly apparent in Ha Long Bay. When approaching the shores of coves on a kayaking outing, the amount of trash washed ashore was ghastly. And it's not just tourists who trash the waters; I saw multiple ferry drivers errantly tossing cigarette butts into the waters as they shuttled tourists to attractions throughout the bay.

Would I recommend a trip to Ha Long Bay?

I may sound pessimistic thus far, but don't get me wrong; Ha Long Bay remains a wonder of this world. My experience - especially photographically - did fall short of the idealized version I had seen in photos and postcards. But that doesn't mean it's not a worthy holiday destination for folks with preferences and priorities different from my own.

The rugged karst islets of Ha Long Bay remain as beautiful as they ever were, and they're a joy to lay eyes on. Additionally, the bay is easily accessed from Hanoi (Vietnam's capital), and tour packages - widely available throughout Hanoi - make getting there and back a streamlined experience. Overcrowded is a relative term; if you don't mind the company of other boats and can look past a bit of trash here and there, Ha Long Bay makes a great getaway for families, couples, and individuals alike...and those with selfie sticks ;) 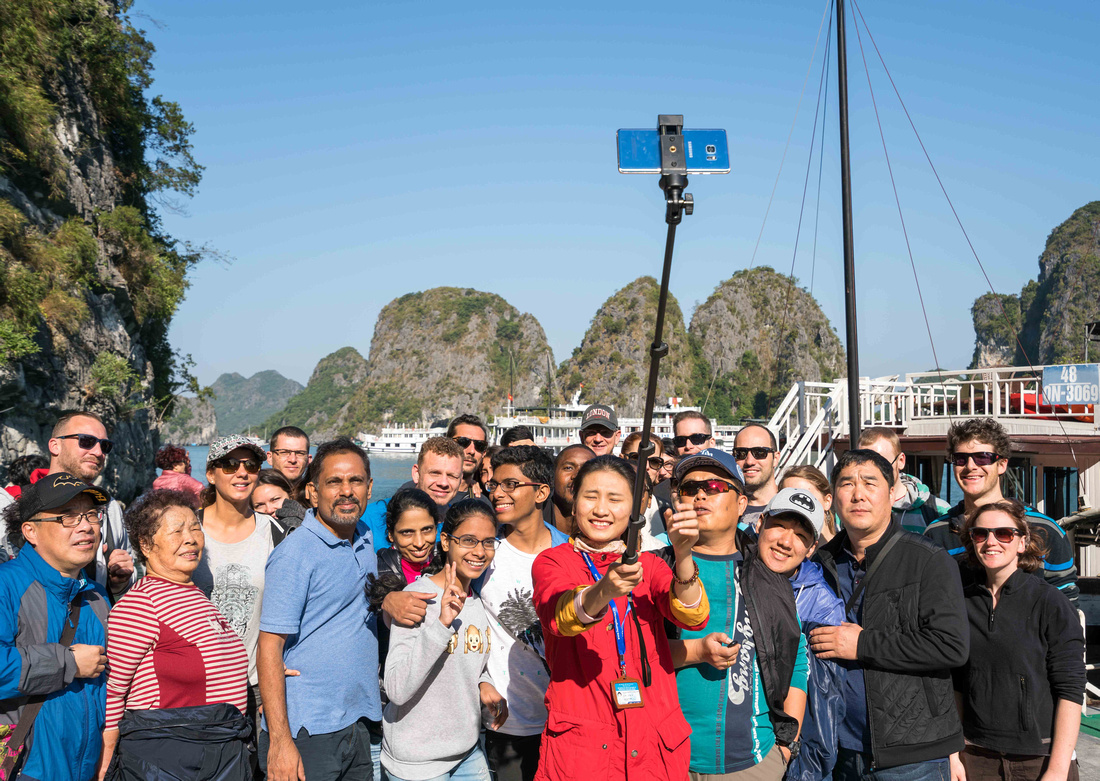 However, if you're like me and like to get off the beaten path to have more authentic experiences in pristine natural environments (with an emphasis on photography, mind you) Ha Long Bay may not be worth your while. For the more adventurous, photographic types who don't mind putting in a bit more logistical effort to reach the destination, I'd recommend visiting Cat Ba Island and arranging a tour of Lan Ha Bay. I made this trip directly following Ha Long Bay and found it to be much more pleasant. Not only is there great hiking to be done through Cat Ba's mountainous terrain, but Lan Ha Bay shares an identical appearance to Ha Long - minus the traffic, trash, and smog. My girlfriend and I found a local in the harbor who agreed to take us out for a private 5-hour outing through the bay (and the floating village near Cat Ba where nearly 1,000 people reside on the water full-time) for only $40 USD.

See the below images for a glimpse into my time in Lan Ha Bay. 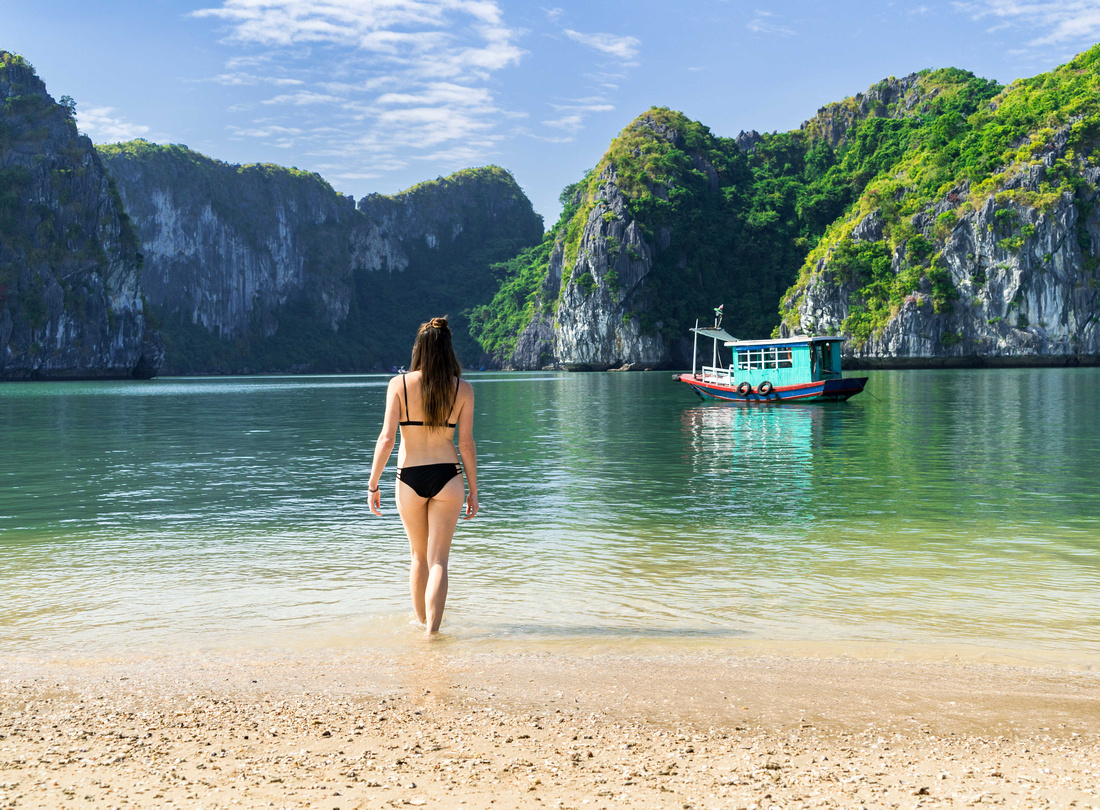 Each has their own way of traveling, and I can't tell you what's right for you - but I hope this brief account of my experiences has helped inform you on a couple of Vietnam's natural wonders.