Just over one week ago, two highly contented (and exhausted) clients and I went wheels up over Arusha from Kilimanjaro International Airport after spending 11 days experiencing some of the best Tanzania has to offer on safari with my partner Everlasting Tanzania Travels.

Our clients - a retired couple from my hometown of Austin, TX - were treated to a private safari led by myself and two top-notch guides from Everlasting Tanzania Travels (ETT). I functioned as the tour's dedicated photographic instructor while the ETT boys handled the driving and guiding; between the three of us every base was covered (we even took turns switch-hitting as bartender). No questions went unanswered and seldom a scene went uncaptured. The most difficult part of our journey together was recognizing that all good things must come to an end. As we approached that horizon, our clients willingly confessed that our safari had been 'the trip of a lifetime', and I can wholeheartedly agree that it was nothing short of that.

Life has been a whirlwind ever since I set foot back in the States - the pace here is much faster than even the most jam-packed day in the bush - and I feel as if we could have just landed yesterday. I still catch the words 'ahsante' and 'habari' (Swahili for 'thank you' and 'good morning') on the tip of my tongue in conversation, and it wasn't until today that I found time to upload photos from the trip to see them on a screen bigger than the 3" LCD on my camera.

Reliving our travels through my photos today transported me through time and space - into a two week span that both my clients and I have identified as a couple of the best weeks of our lives. Making new friends and sharing bucket list-caliber experiences with them is a special - often once-in-a-lifetime - experience to look back on, but times this good deserve to be shared beyond just the three of us - for others to experience vicariously. And that's why I'm at my desk typing on this beautiful Sunday afternoon rather than outside enjoying the sunshine with my pup.

First off, I'll give a brief recap of our itinerary - to add a bit of context to the images that follow:

Air to Africa (too many hours):

Before embarking on our voyage, my clients and I felt it prudent to indulge ourselves in an array of tapas and cocktails as proper preparation for an international flight.

We arrived to the airport with full bellies and tired eyes for our 9pm flight that routed us through Istanbul for a brief layover before continuing on to Kilimanjaro International Airport (JRO).

And the layover in Istanbul was exactly that - brief. After walking what must have been nearly a half mile through the airport I hardly had time to get down a cup of Turkish coffee before boarding back up to complete the journey.

After an early morning setdown at JRO (2 AM), we enjoyed a leisurely day and night at Meru House Lekisilai - a fancifully homely farmhouse that used to function as a coffee plantation - getting acclimated to our new time zone, testing our camera equipment, and briefing for the days to come

The following morning, we boarded a single prop Cessna to fly over the lush volcanic landscapes of the Maasai Steppe and Loliondo Hills to the Kogatende airstrip in the Serengeti's northern reaches, near the Kenyan border; from the air one can truly appreciate the vastness of the Serengeti ecosystem

Lamai Serengeti, a masterfully designed luxury camp situated on the region's highest granite-adorned hill, served as our home base

We spent our time roaming a region in the northern Serengeti known as Kogatende, which sits on the banks of the famed Mara River; with its cool climate, riverine forests ,rocky outcroppings (known as kopjes) and open plains, the northern Serengeti’s varied landscape supports a huge number of resident herbivores and cats outside of the great migration

Along our drive south, we stopped at a remote Maasai village (or boma, as they call it) in the Loliondo area to visit with the family, observe their traditional ways of life, and purchase their wares; we made extra efforts to stray off the beaten path for this cultural visit, which turned out to be well worthwhile - it was the most authentic interaction I've yet had with a Maasai tribe

Throughout the drive, the high grass and hills of the north gave way to the open plains of the southern Serengeti, where the Great Migration was located during our time - a dramatic change in geography, flora, and fauna

Chaka Camp, the seasonal mobile tented camp in which we stayed, and its staff took great care of us

After visiting the lesser known magnetic shifting sand dunes and driving through the Olduvai Gorge en route to our accommodations at Ngorongoro Sopa Lodge, perched atop the Crater's south rim, we spent the afternoon relaxing and eating before a dramatic sunset over the Crater drew us closer to rest before an early morning

The following day's game drive required a 6:00 AM departure, and when we were one of the first vehicles to enter the world's largest intact, inactive, and unfilled volcanic caldera for the day, it was totally worthwhile

We saw every animal previously mentioned except leopard, wild dogs, giraffe, and a few species of birds

After our game drive we drove up and out of the crater to the nearby Ngorongoro Farmhouse, a uniquely elegant sustainable farm/resort, for a much-deserved day of rest and relaxation (and some of the best and freshest coffee I've ever tasted)

We all parted ways having seen new sights, made new friends, learned new things, made new memories, and captured extraordinary imagery of a few of our earth's most special creatures in some of its most beautiful places.

Until next time, under the wide African sky...

Speaking of new images, how about I put my money where my mouth is?

Feel free to enjoy the slideshow below, or head straight to the image gallery 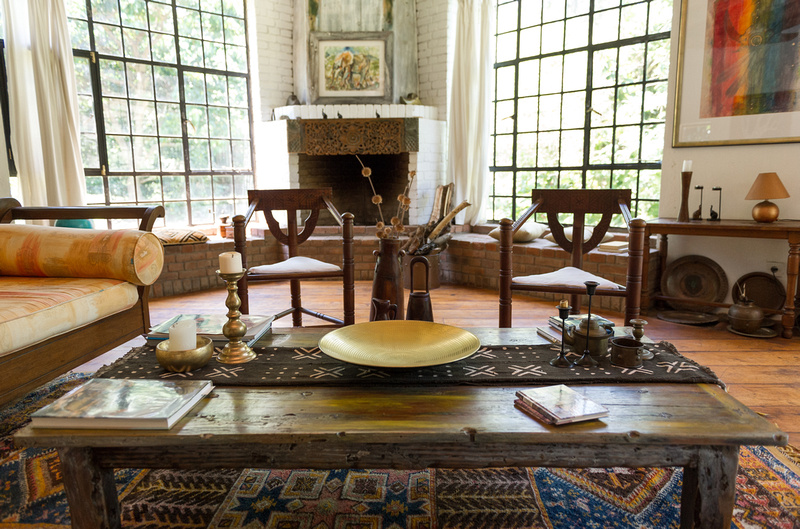