Happy Trails: A Record-Breaking Year at the Houston Rodeo

Rodeo season has come and gone once more in Houston, Texas. Time to fold up the pearl snaps and shove the trees back into all 5 pairs of boots you sported out the the events this go-round.

The immense scale of the Houston Livestock Show and Rodeo (HLSR) never fails to impress me (and frustrate me when I'm behind the wheel) when it makes its annual appearance in NRG Park. From the trail ride to the livestock show to the carnival to the performances - it's one hell of a production, and tens of thousands of employees and volunteers work their asses off to make it happen. After all, it is the largest live entertainment and livestock exhibition in the world.

After spending a couple of nights at the rodeo this past year, I got to wondering about the numbers behind an event this large. Turns out it's a well-documented event, and this year was nothing short of record-setting.

The 2015 HLSR records include:

Although they may not be records, here are a few more impressive statistics:

And now on to a few images I captured at the HLSR this year (hover over images for captions)... 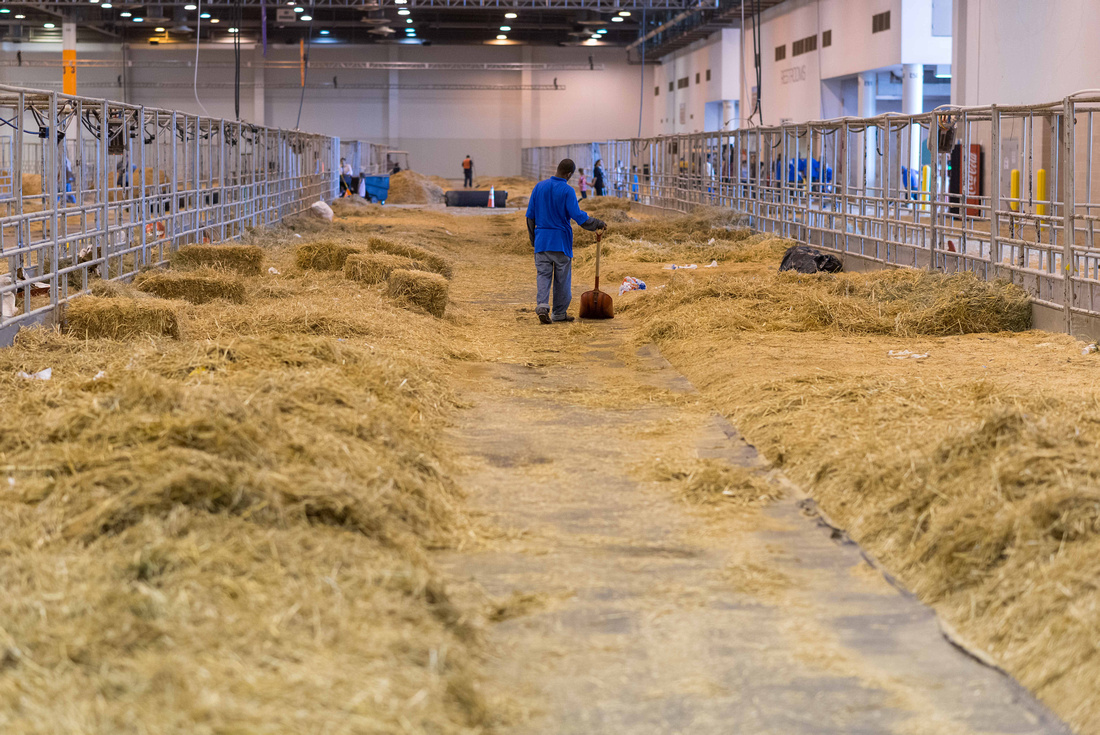 A HLSR crew member cleans up as the livestock show comes to an end. Nearly 30,000 animals made their way through the NRG convention center during the 3-week livestock show. 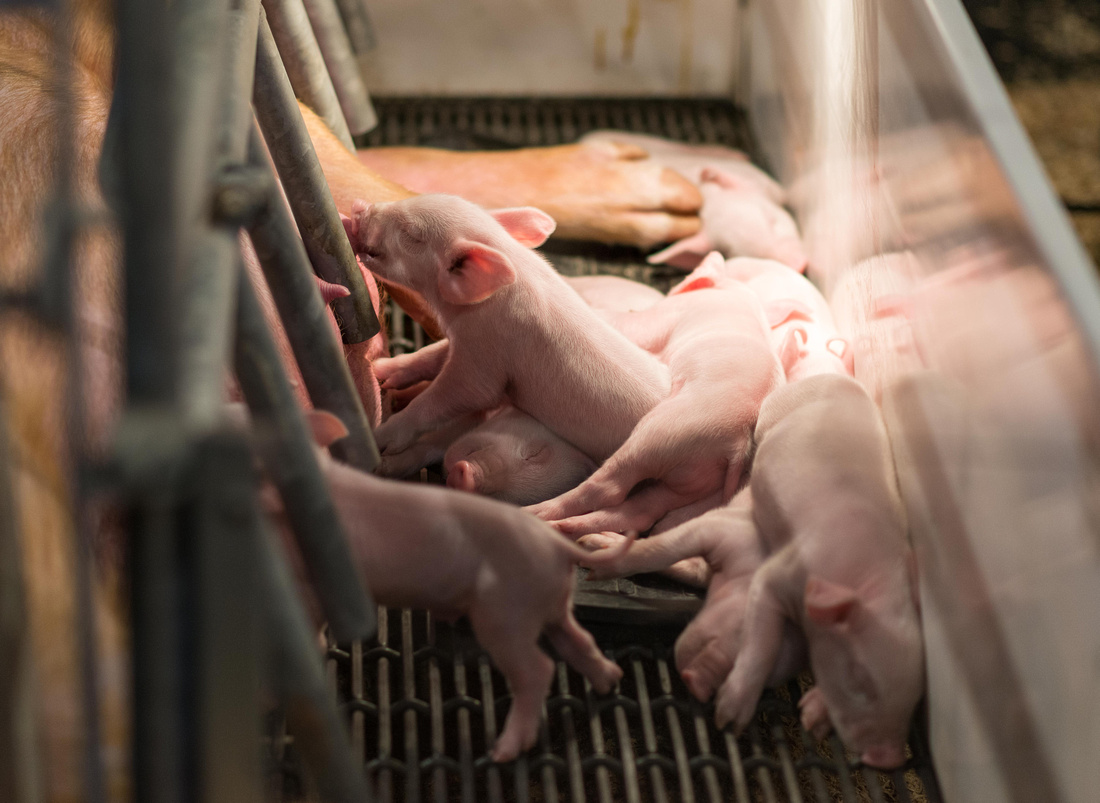 A total of 54 piglets were born during this year's HLSR. Once a piglet takes its first sip from its mother nipple, it returns to the same nipple every time it feeds...and sleeps plenty in between feedings.

Exhibits of all sorts captivated children and families. Shown here is an incubator in which chicken eggs hatched. 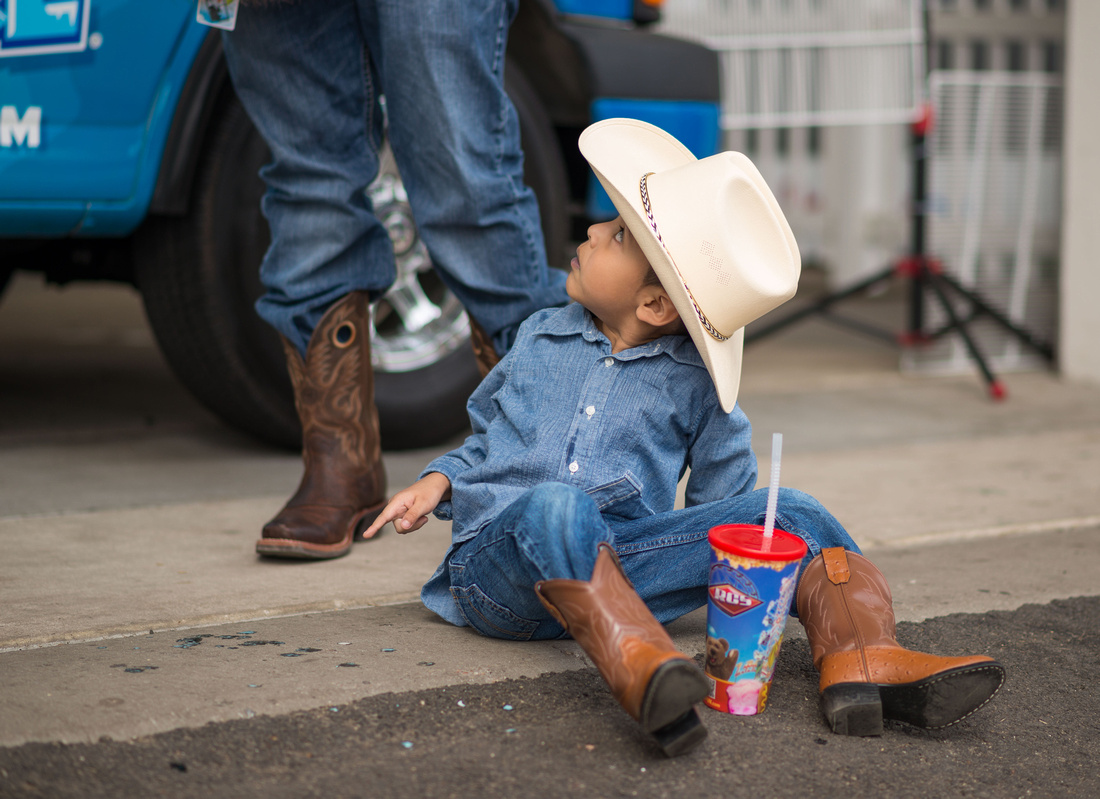 Boots and denim are high fashion during HLSR 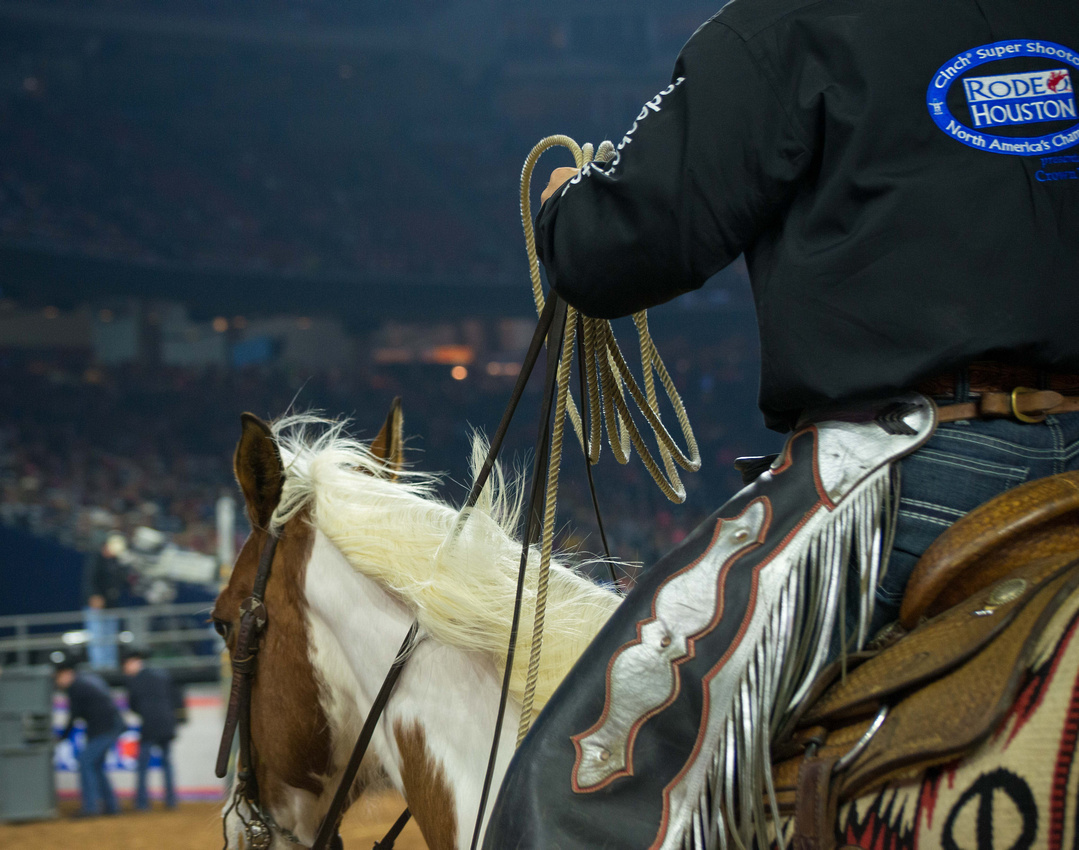 A roper rides through the arena in NRG Stadium 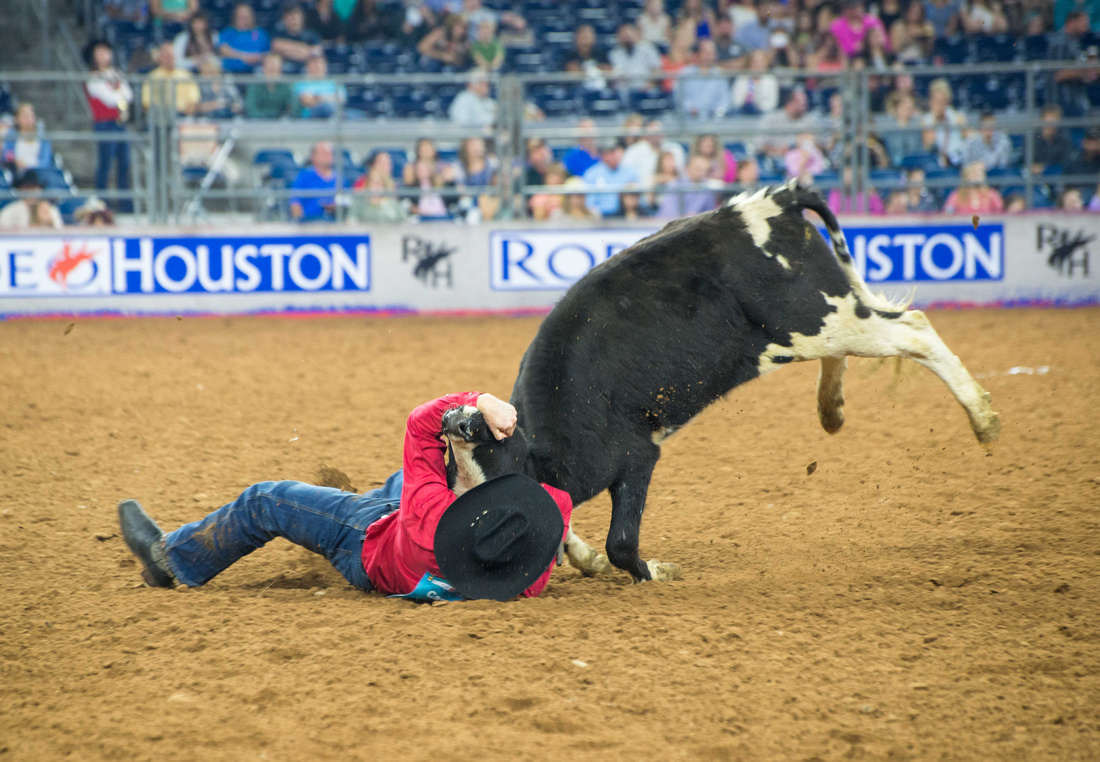 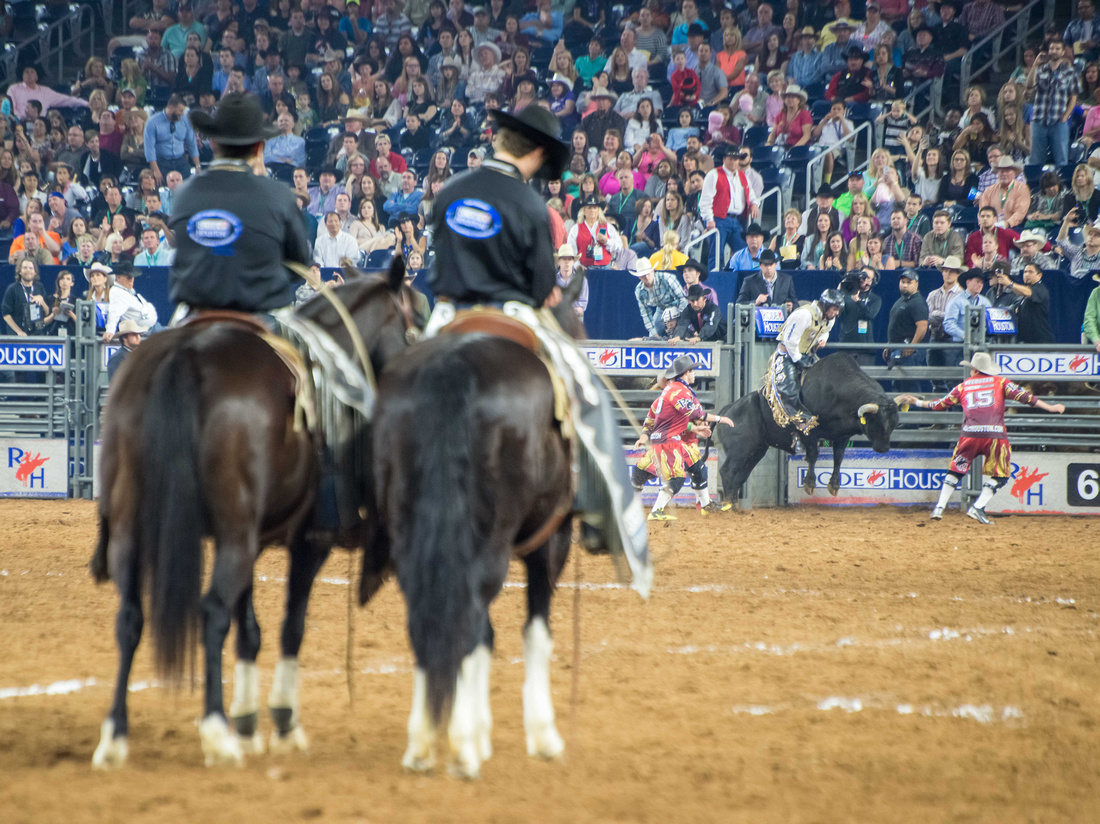 Wagon races in full swing - watch out for dirt! 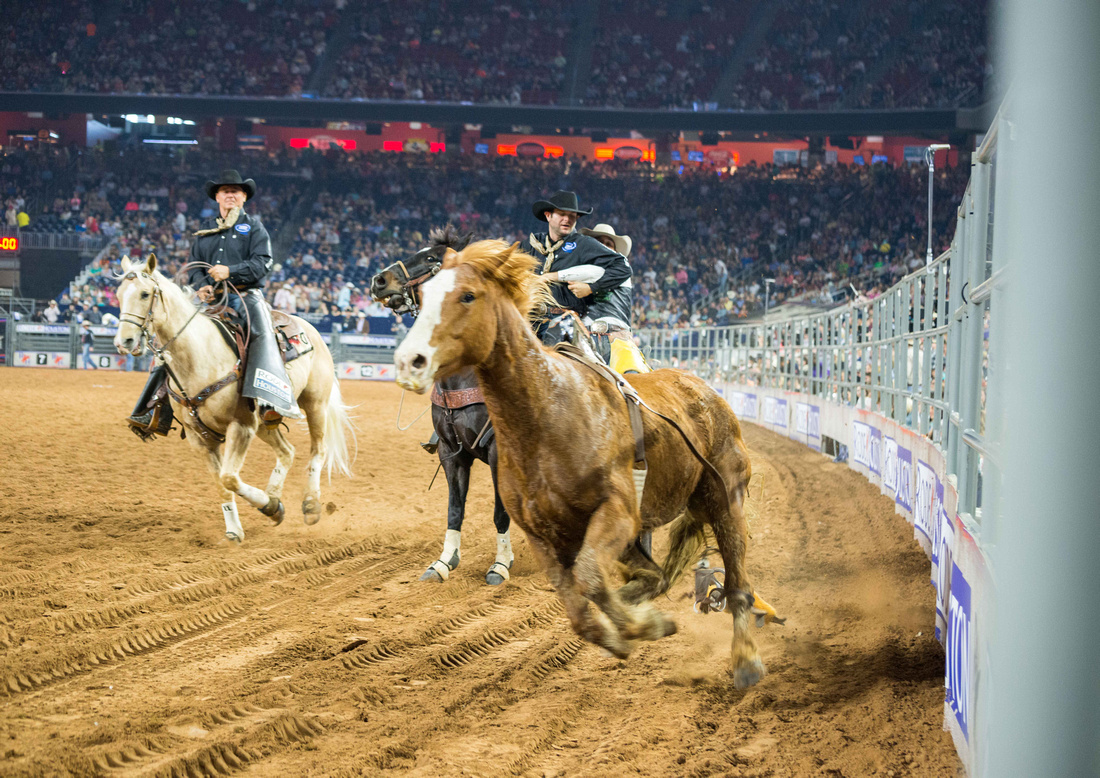 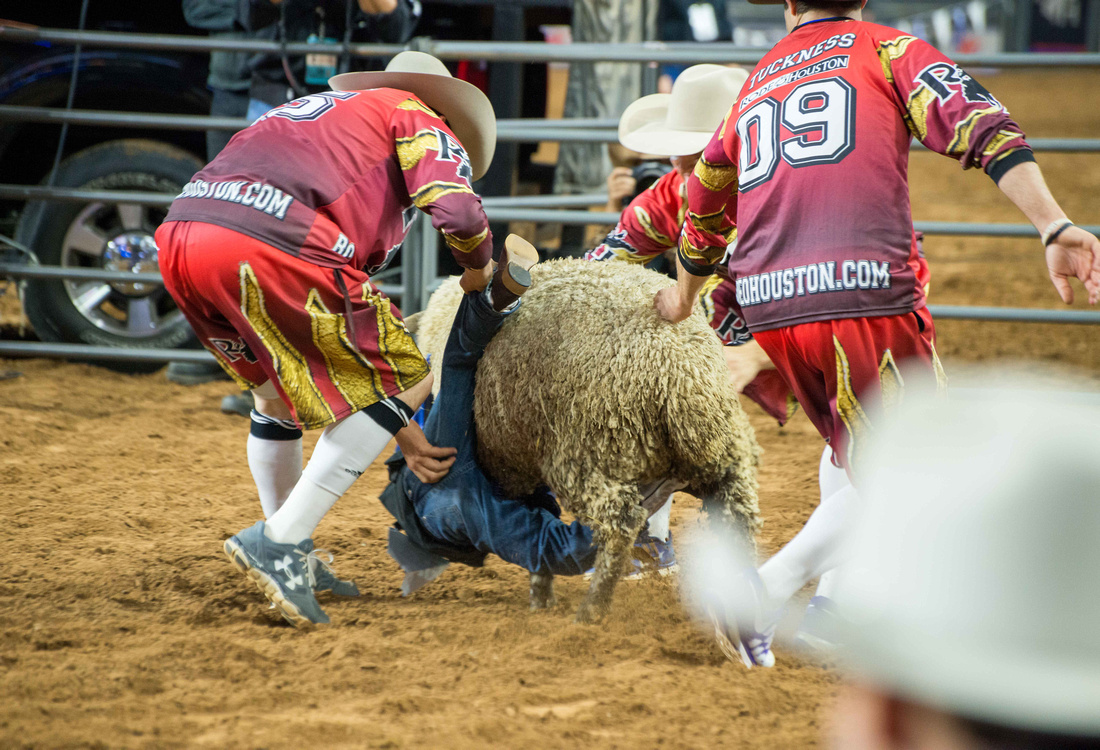 Mutton Bustin participants are without a doubt the cutest rodeo attraction. In this event, young boys and girls aim to hang on to the back of a sheep while it runs through the arena. 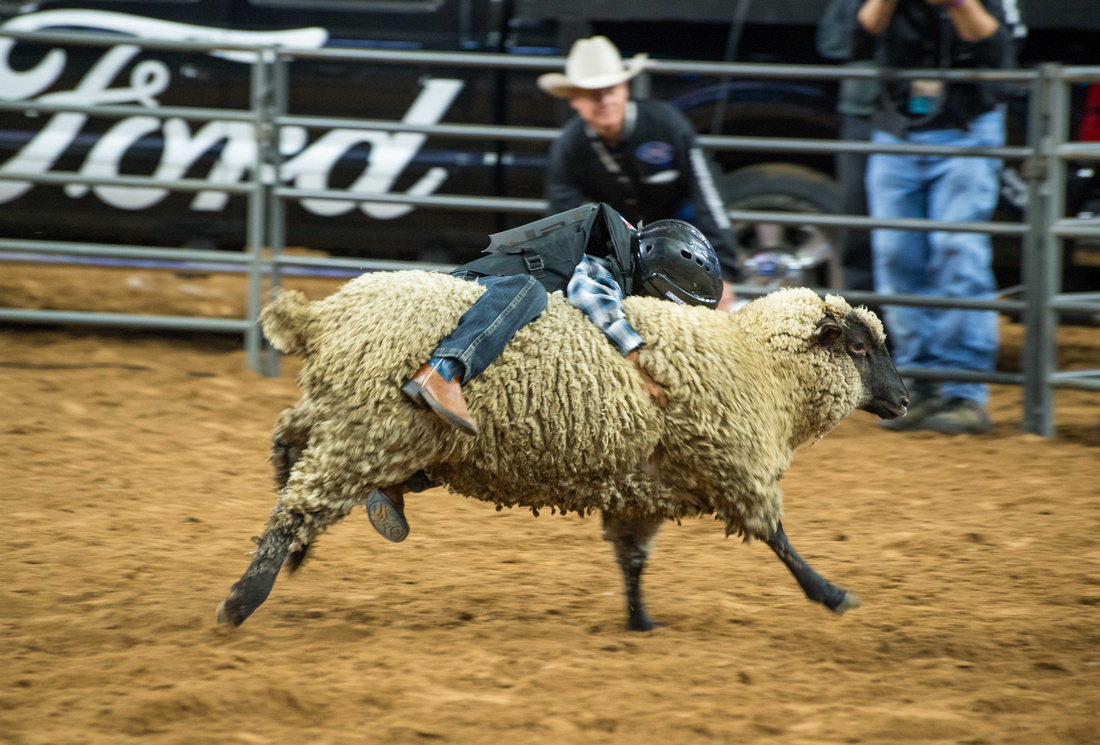 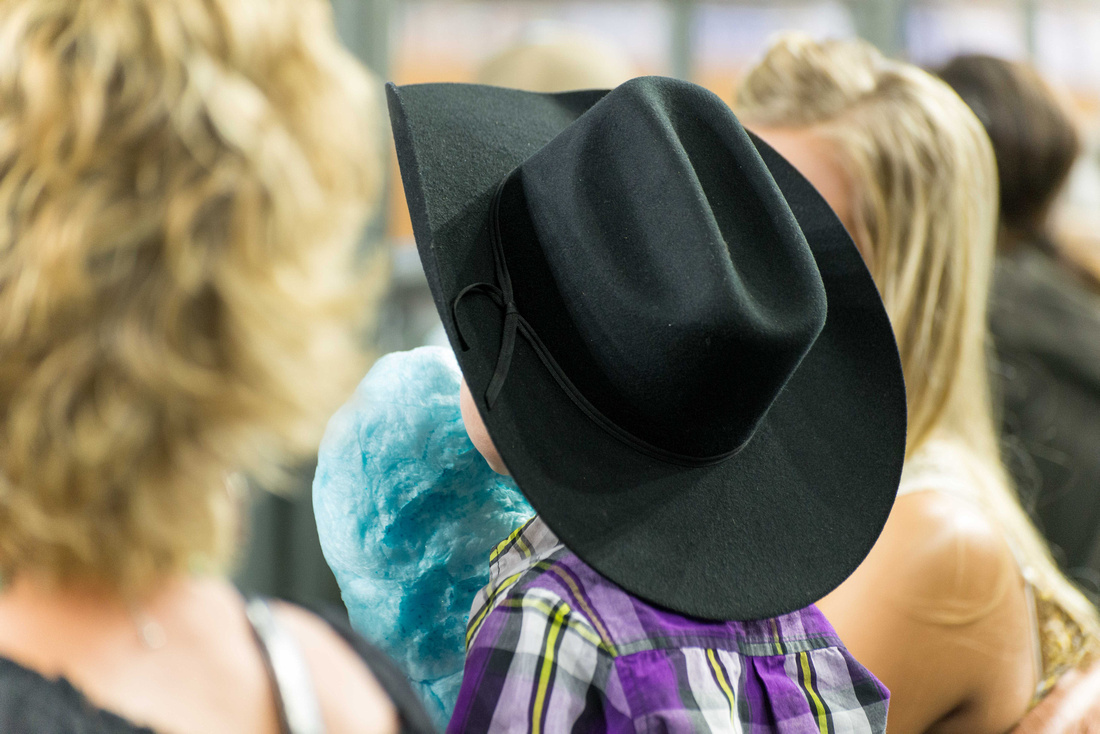 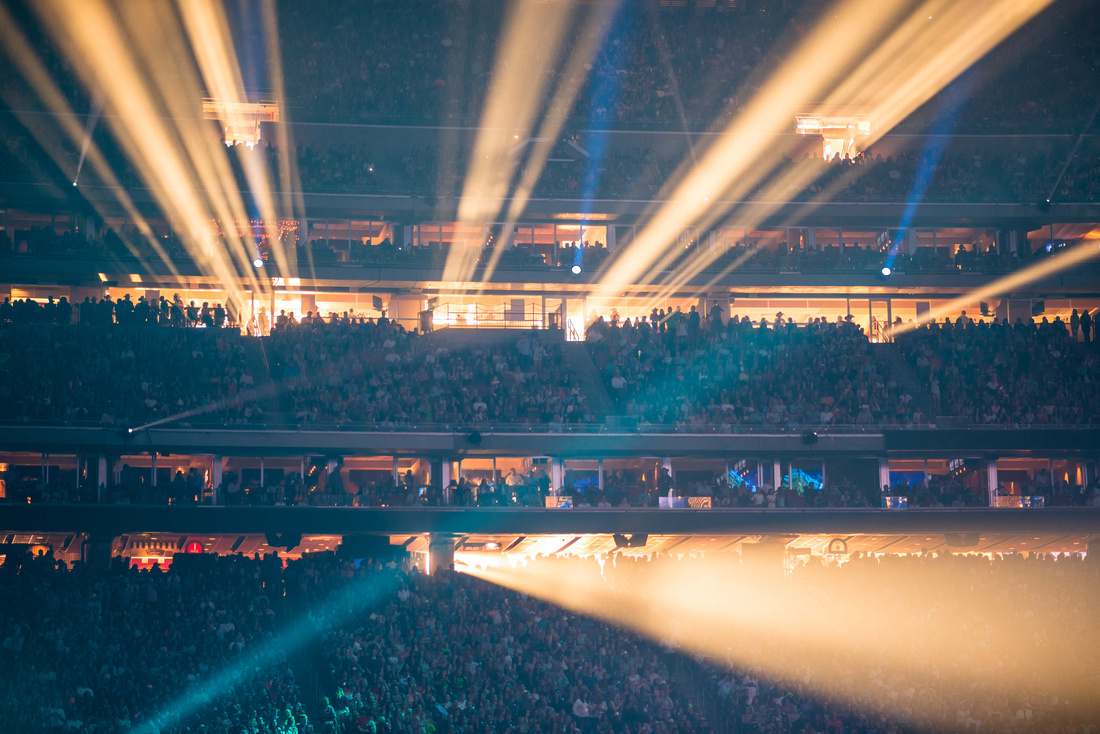 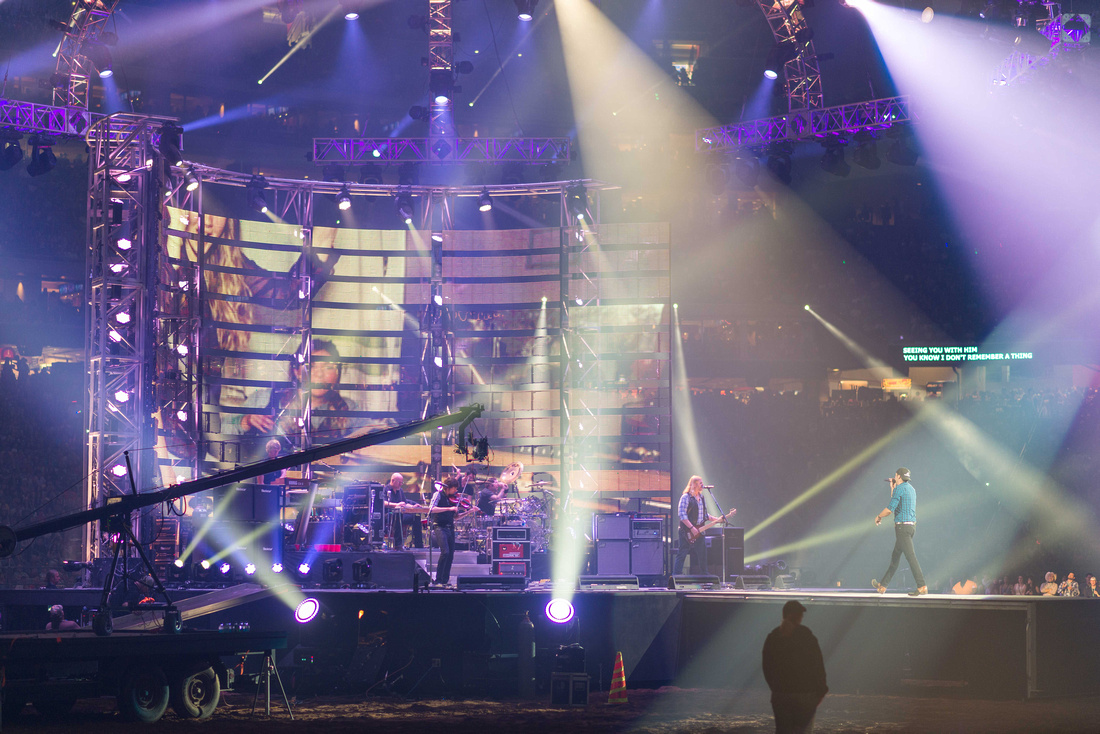 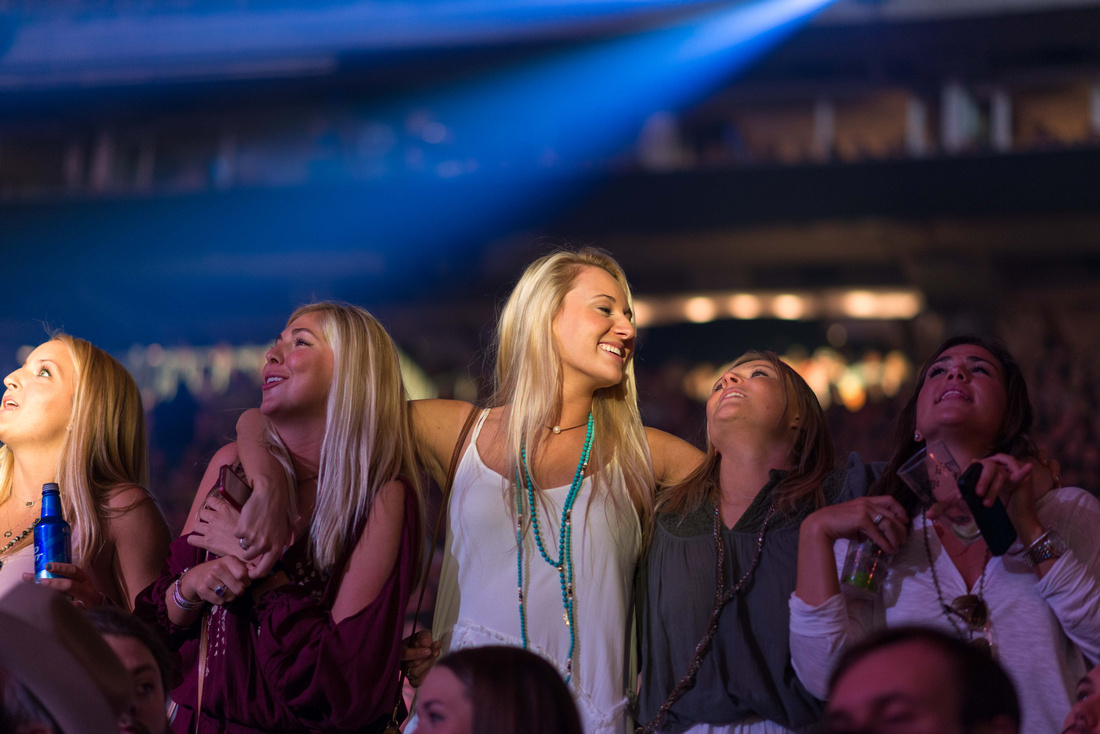 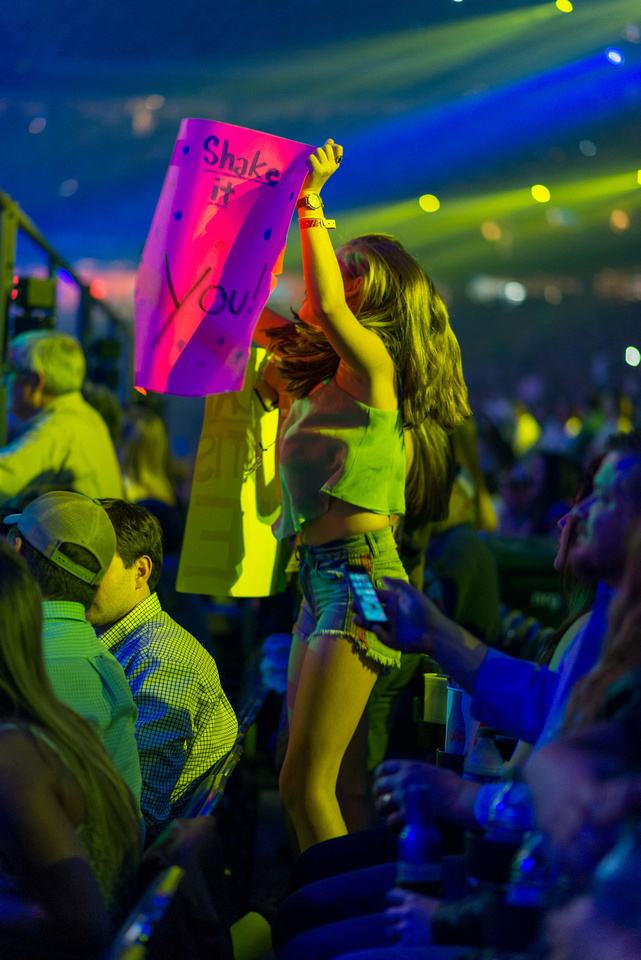 Luke Bryan wasn't the only one shaking it on the HLSR's closing night; these two fans wanted to shake it for him 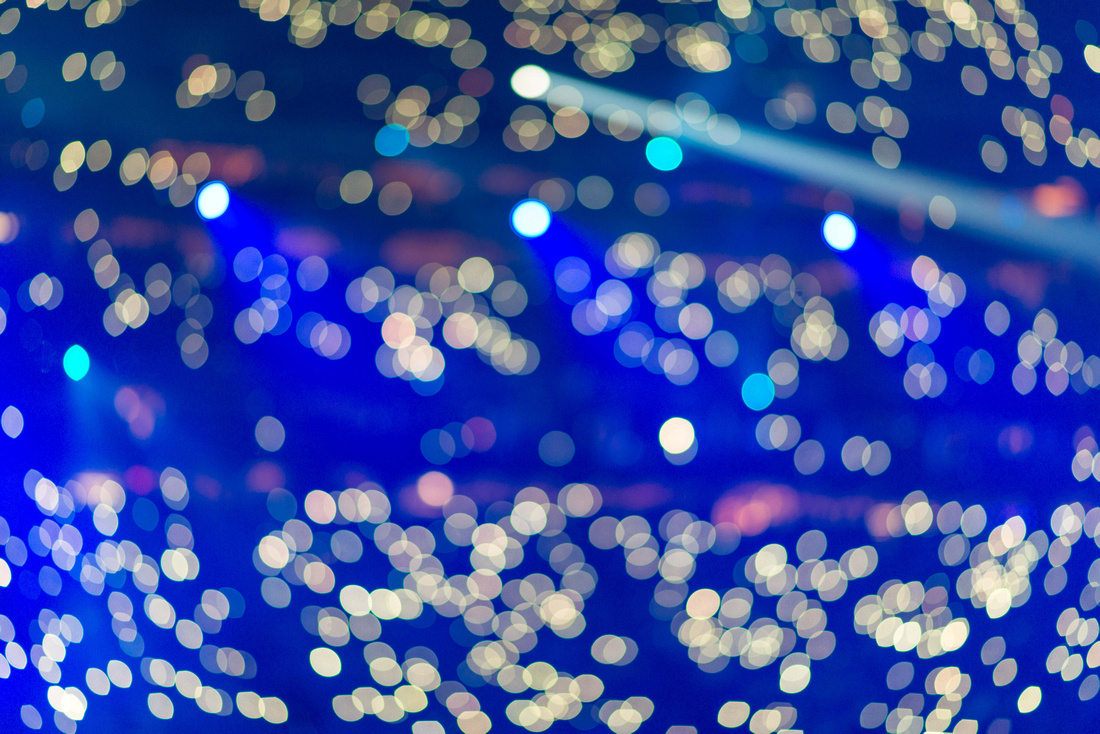 During one of Luke Bryan's closing songs, he invited fans to raise a light as he dimmed the stadium lights. To which thousands responded by hoisting their cellphone flashlights - a modern homage to the old tradition of waving a lighter concerts.

Thomas Husser(non-registered)
My wife and I recently went to our first Rodeo (new here in Texas). It was a small one just out of San Antonio. It was such a blast. We loved the Mutton Bustin'! I had my camera and I did OK during the early events. Sadly, as the rodeo moved into dusk the lighting just wasn't there for me to get the shots of some of the bigger events. I am to new to photography to understand what I did wrong. But I am ready to find another rodeo and try again!
Emily Webster
Awesome right up - you captured some amazing pics!
No comments posted.
Loading...
Subscribe
RSS
Recent Posts
All New Travel Photos Aerial Gallery Now Live The Photographer's Guide to Trekking Everest Base Camp The Real Ha Long Bay Inside Hanoi: 10 Tips for Photographers Recap: June 2016 Photo Safari Recap: Heart of Tanzania Photo Safari Witt Pit: The Best BBQ Joint You've Never Heard Of (that happens to share my name) Choosing the Right Lens(es) for a Photo Safari Battle-Proofing Your Tripod
Archive
January February March April May June July August September October November December
© Witt Duncan
User Agreement
Cancel
Continue